A growing market, mortgage lines of credit (MCH) are increasingly exposing consumers to the risk of over-indebtedness, according to a report released Wednesday by the Financial Consumer Agency of Canada (FCAC).

Titled Mortgage Lines of Credit: Market Trends and Consumer Issues , this twenty-page document reviews the use of CHM by Canadians, the offer that banks make, and the benefits and The risks of the borrowings guaranteed by the net value of the house.

It notes, among other things, that financial institutions are increasingly proposing net worth loans, which are a combination of MCH and fixed-term mortgages, and that this option is now available to solvent consumers with a mortgage Whose equity is equal to at least 20% of the loan.

Last year, 80% of the approximately three million MCH accounts were net worth loans;
The number of households with a line of credit and a mortgage secured by their home has increased by almost 40% since 2011;

40% of consumers do not make regular payments to reimburse the capital of their MCH;
25% pay only the interest or the minimum;

The majority do not reimburse the entire margin before the sale of the house.
It also shows that the market for MCH grew rapidly during the period 2000-2010, due in part to low interest rates and rising real estate prices. Mortgage line balances increased from approximately $ 35 billion in 2000 to approximately $ 186 billion in 2010, representing an average annual growth rate of 20%.

During this period, “mortgage lines of credit have emerged as the main consumer credit instrument,” said FCAC, who said their share of consumer debt (excluding mortgage debt) From just over 10% to nearly 40%.

However, this market stabilized in the post-recession years as its average annual growth fell to 5% from 2011 to 2013 and then to 2% in recent years. A phenomenon due to “a gradual decline in demand, competition from conventional low-interest mortgages and new regulations and guidelines,” the agency said. In 2016, the outstanding balances of MCH totaled $ 211 billion, an average of $ 70,000 per household.

The problem is that “the growing popularity of mortgage lines in the 2000s has greatly contributed to the increase in household debt,” says FCAC. In the past, debt and income were growing at about the same pace. But the eruption of the MCH in the financial landscape has upset the situation. As a result, while in 2000 Canadian households had about $ 1.07 in debt for every dollar of disposable income, that level reached $ 1.60 ten years later.

As this type of loan is complex, “many consumers would benefit from being informed more clearly and more clearly about [its] functioning, applicable fees and procedures, and potential risks,” concludes the Agency .

“When used responsibly, HCMs associated with net worth loans can offer several benefits, such as low interest rates, convenient access to funds, and flexible repayment terms. However, they allow only interest to be repaid, which may cause homeowners to go into debt for longer periods of time. In addition, they may incite them to get into more debt, which could result in getting Canadian households stuck when their debt reaches a record level, “the report warns.

In an attempt to reduce this kind of drift, FCAC decided to adopt measures to “provide consumers with the resources they need to make informed decisions”. For example, it will produce educational material for the general public in order to increase awareness of fees, penalties, terms and conditions (such as changes in the credit limit) and risks (persistent indebtedness, rising interest rates Interest, etc.) associated with MCH and home equity mortgages.

The Agency will also highlight to Canadians “the importance of establishing a realistic repayment plan before borrowing on home equity through a mortgage line of credit”. It believes that having such a plan “can help mitigate the risk of persistent indebtedness and wealth erosion”. In the same vein, it will encourage households “not to use their lines of credit to pay their daily and current expenses, nor to live beyond their means.”

THE HOUSE IS NOT AN AUTOMATIC GUICHET

Similarly, it will provide consumers with a variety of strategies, such as “transferring to a depreciated sub-account from their mortgage lines of credit serving to consolidate high-interest debts,” to help “mitigate risk Deterioration of their financial position over time “. Finally, individuals who use their MCH as part of a leveraged investment strategy will be encouraged “to assess their risk tolerance, prudently select their investments and stick to a well thought-out investment strategy “.

The industry will also receive new FCAC reporting instructions that should allow it to “ensure that key information is passed on to consumers to help them make more informed decisions”.

“At a time when Canadians are more indebted than ever, debt on MCH can add financial stress to households. MCHs can cause them to use their home as an automated teller machine, which may encourage them to borrow more than their means allow. Highly indebted consumers are more vulnerable to unforeseen events or economic shocks. FCAC will ensure that they have adequate information to fully understand the risks associated with a MCH product associated with a net worth loan, “concludes Lucie Tedesco, Commissioner of the Agency. 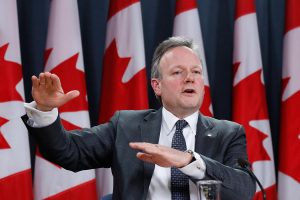 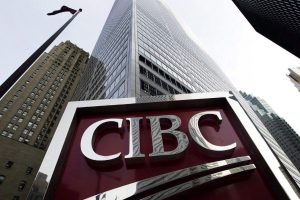 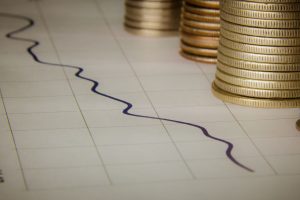 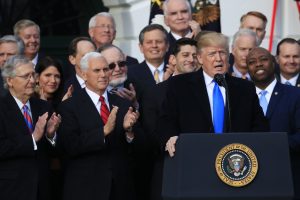