According to the reports, after raising the interest rate in summer, the Bank of Canada has left its benchmark interest rate unchanged on Wednesday. It has signaled that future hikes are likely on the horizon.

The central bank said in its scheduled announcement that it inhibits this time in part for it expects the latest strength of the Canadian dollar to show the rise in the measure of expansion.

As said by the bank in a statement, “While less monetary policy stimulus will likely be required over time, governing council will be cautious in making future adjustments to the policy rate.” The bank added that it is going to pay special attention to incoming data to evaluate the elaborating impact of increasing rates, the growth of economic capacity, pursue growth and expansion. 6th of December is all set for its announcement on next rate.

On Wednesday, the updated projections have been released by the central bank. It forecast the economic growth so as to moderate after Canada`s powerful performance, particularly since the beginning of the year. The announcement of the interest rate came one day after the news that Canada`s real gross domestic product grew at an annualized rate of 2.3 percent in the period of three months ended in September by 0.5 percent from the last month, providing a weak handoff to the fourth quarter. 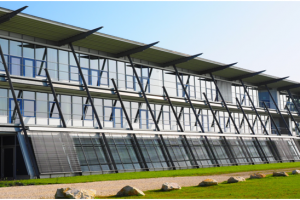 TransCanada Offering to Sell its Ontario Solar Business for $540 million